What are Australians’ top concerns about getting older?

The United Nations has recognised an increase in global life expectancy as one of the most significant social transformations of the 21st century. People are living longer now than they did even a few decades ago. While living longer has benefits, growing old can also be a scary thought.

Like many countries, the Australian population is ageing rapidly. In fact, according to The Australian Human Rights Commission, Australians enjoy one of the highest life expectancies in the world. Understanding the perspective of Australians about ageing can help society better design communities for an older demographic that will comprise a large percentage of the population in the coming years..

We recently conducted a national survey to learn more about what worries Australians when it comes to getting older. We asked respondents to rate their level of concern towards different factors on a scale of 1 (not at all concerned) to 10 (extremely concerned).

There’s no denying it – Australians are afraid of growing old. Most of the factors received an average score of 5 or higher, and several had an average above 7, indicating a high degree of fear and concern.

If we define FOGO as an average score of 7 or higher on the 10 point scale, then below is a chart that shows the percentage of the adult population that is afraid of each factor.

Australians’ greatest fear of ageing is cognitive decline, followed by physical decline and a loss of independence. Although studies have reported a rise in age discrimination in the workplace, our data shows Australians are suprisingly not very concerned about ageism. They are also less likely to worry about adapting to new technology, declining libido, or financal scams, all of which are stereotypically challenges for the elderly population.

How do these findings compare to other developing countries? A survey published by Pfizer found that 87% of Americans have at least one fear of getting old. According to the report, the biggest fears were physical decline (23%), memory loss (15%), running out of money (12%), and chronic illness (12%).

Australians are significantly more fearful than Americans about the prospect of growing old. We discovered the typical Australian adult has four fears of getting old, quadruple the number of fears reported by Americans. 81% of Australians are afraid of cognitive and physical decline, and 66% are worried about not having enough savings to retire comfortably, all higher compared to adults living in the United States.

Cognitive decline is most feared by Australians. The brain, like the body, changes as we grow older. As we age, cognitive problems may also appear, affecting thinking, memory, concentration and other functions of the brain. The onset of cognitive decline can be sudden or gradual, permanent or temporary.

According to Dementia Australia, there are currently more than 480,000 people living with dementia in the country, and the number is predicted to increase further due to the ageing population. Cognitive impairment negatively impacts not only the person experiencing it, but also their loved ones since individuals with cognitive impairment frequently need help from a family member or healthcare professional to complete daily activities.

Physical is an inevitable part of getting older. As we age, our bodies experience a number of changes, and health issues may arise. According to the World Health Organization, common health conditions in older age include hearing loss, cataracts, lung disease, diabetes, depression and dementia. As people age, they are more likely to experience comorbidity which can exacerbate health problems. However, elderly individuals can live fulfilling and productive lives with appropriate adaptations to their abilities and any help they need.

74% of Australian adults are concerned about the loss of independence. This can include an inability to manage routine tasks such as cooking, bathing, and driving. Fear rates are even higher for individuals 65 years or older, with 89% of those surveyed reporting a fear of losing independence. In fact, a loss of independence was the highest rated fear for elderly Australians.

The top ranked fears are interrelated. A loss of independence often occurs when health problems make it difficult to live alone or carry out daily responsibilities. Maintaining independence is key for most older adults and contributes to their physical, mental and emotional wellbeing.

Fortunately, there are a number of resources available to help eldery individuals remain independent even when they experience a decline in health. For example, home care allows seniors to continue living at their home during their twilight years instead of having to move to a nursing facility. Paratransit companies provide seniors with mobility challenges with short and long distance travel options. In addition hardware products such as medical alert systems can also provide a layer of safety when eldelry individuals are alone by alerting ambulances or medical professionals during instances of falls or emergencies.

Growing old is not all bad. We asked respondents how excited they are for different parts of growing older. Responses were rated on a scale of 1 (Not at all excited) to 10 (Extremely excited).

The top four factors rated by Australians share one thing in common: time.  One of the biggest advantages of old age, especially after retirement, is an ability to enjoy a slower lifestyle free from many responsibilities and concerns. There’s more time for leisure, socialising with friends, and opportunities for travel. It’s common for young and middle-aged adults to focus a lot of energy on their job and raising children, which leaves less time to pursue hobbies and other interests.

Paradoxically, there’s an inverse relationship between health and time as we age. In general, people have better health when they are younger but less free time. When they’re elderly, they typically have more free time for leisure but declining health and energy.

To Age or Not to Age

The survey results show that a large percentage of Australians worry about the prospect of getting older. Their primary fears are cognitive and physical decline, which can make it more challenging to carry out everyday activities autonomously. In the coming years, elderly adults will comprise a larger percentage of the country’s population, which has social, political, and economic implications. It’s important that products and services are accessible to ensure seniors can maintain their independence and enjoy the one nonrenewable resource we all have: time.

This survey was conducted by The CareSide with SurveyMonkey’s marketing research services. Responses were collected from 560 Australian adults ranging from 18 to 88 years-old.

Reminiscence therapy for people with dementia

Reminiscence therapy is one of the most effective and popular therapies for people who have Alzheimer’s disease or other types of dementia. It is a 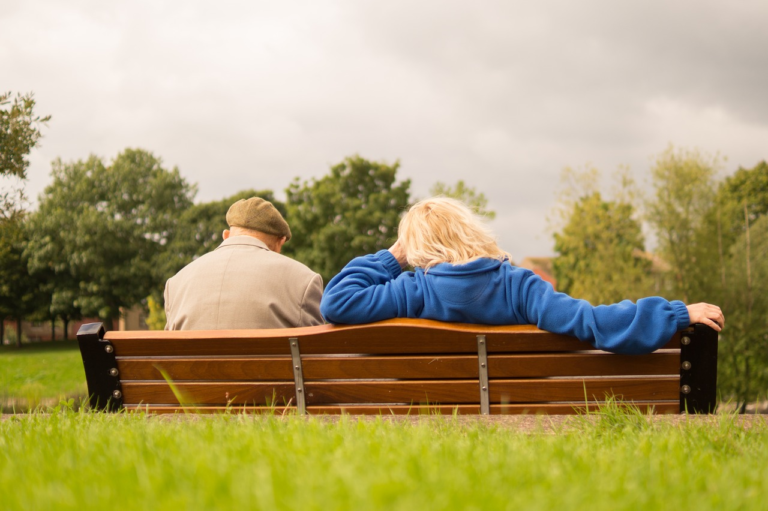 Mental wellness and depression in dementia: how to support your loved one

Mental health is as important as physical health for everyone, but in particular for people living with dementia. Depression and anxiety are common in people

Guide to Live In Care

Get The Guide to The Changes To Expect When Elderly

Get The Guide To Providing Personal Care At Home

Get The Ultimate Guide To Home Care Packages

Get The Guide To Communicating With Seniors

How Can We Help?